I’m having such a hard time these days with social media and the news. Hatred, anger, and fear underlie almost every post and report. I have been especially surprised by the reactions and comments of Christians.

I haven’t been a follower of Jesus for that long—just since 2008—and I admit I follow him quite imperfectly. So perhaps I’ve missed something. But to my understanding it is love by which he said his followers would be known. (Jn 13:35) He didn’t say go out and be right. He said go out and be love. And he didn’t just say to band together and love each other. He said to love our enemies, to bless them, do good to them, and pray for them. (Mt 5:44; Lk 6:27–28) He said to love our neighbors as we love ourselves. (Mk 12:31) He said to welcome the stranger and visit the prisoner. (Mt 25:34–40) And he said “do not judge others.” (Mt 7:1)

I guess I’m just wondering why we do this. What are we afraid of—that Christians will get a bad name? That we will be known as lovers of Muslims, homosexuals, criminals, or addicts? I thought that’s what we were supposed to be known for. No? Or are we worried that being right on certain issues is the thing that ultimately saves us? I thought we were saved by our faith and trust in Jesus. No? And, by the way, why are we afraid anyway? I thought we believed that Jesus has overcome the world and that our hope is in him, not our country, political leaders, or the Second Amendment. No? 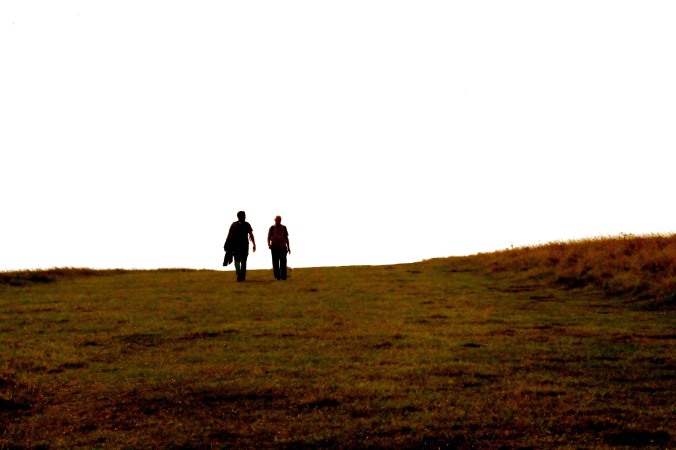 Come to me.
Here I am.
Here is my burdened heart.
Here are my weary hands.

I will give you rest.
Carry me.
Breathe my breath.
Relieve this weight.

Take my yoke upon you.
Attach me to you.
Make my steps your steps.

Learn from me.
Open my eyes.
Show me how.

I am gentle and humble in heart.
Soften my edges.
Break down these walls.
Loosen my grip.

You will find rest for your soul.
Ease the anxiety.
Banish my fear.
Cover these wounds.
Unleash your love.

Before your first breath
God planted deep within you
a longing to bring forth into the world
his goodness and grace,
crafted as you were by the hands of the master.

Oh, you must know that
before the foundation of the earth,
you were assigned the eternal task
of reflecting the beauty and life
that is yours alone in Christ Jesus.

Let it sink in –
you have a song, buried deep within
which was readied for release before you
knew the notes so the wondrous treasure
of the composer’s love would sound and stir
and move among the trees.

Release all your fear,
for you are God’s masterpiece–
his most beloved creation–
designed to breathe your unique version
of his love and compassion into a waiting world.