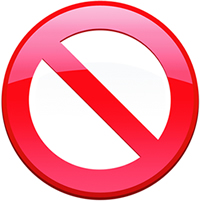 I have been writing this series of blog posts responding to fears that a friend of mine raised about becoming a Christian.  I am grouping the next three together because they are related:

This is such an interesting group of fears, and maybe “fears” isn’t exactly the right word.  I struggled with each of these as I considered Christianity and so now when I respond to someone who raises them, I try to do it in a way that, looking back, did or would have helped me.

I don’t know enough. The Bible is the key to this one, but it is intimidating if we don’t know where to start.  If you start in Genesis, you’ll lose interest and comprehension quickly.  A suggestion that helped me most was to read the books of Luke and Ephesians first.  Luke gives an understandable and accessible description of Jesus while he was on earth.  Ephesians explains the significance of Jesus and what belief in him means and looks like.   I also found “The Case for Christ,” by Lee Strobel and “The Jesus I Never Knew” and “What’s So Amazing About Grace,” by Philip Yancey helpful.  There are only so many books to read, though.  And we will never know everything or have the answer to every question.  There is a passage in Psalm 34 that says, “Taste and see that the Lord is good; blessed is the one who takes refuge in him.”  (Psalm 34:8)  At some point, you just have to try it and see.

I don’t want to give up stuff I love.  Somehow following Jesus, or being a Christian, has become associated with rules that impinge on our freedom.  The thought that comes to mind immediately upon hearing the term “Christian” probably starts something like, “If you’re a Christian, you’re not allowed to…”  This is so ironic because when Jesus lived on earth, and during the years of the early church, Jesus was criticized for being a violator of the law, not someone under which the world would be restricted.  The only things I have given up since I’ve become a follower of Christ are those things that hurt me and left me feeling empty and those things I idolized, putting my trust in, all the while knowing they would not last.  I have never felt so whole, at peace, or purpose driven.

I don’t really think I need it.  I used to look at my life, I think mostly subconsciously, compare myself to other people, and conclude: “I’m a good person overall.  I’ve made some missteps here and there, but nothing that bad.”  And so the notion that I needed to be saved seemed a little dramatic and unnecessary.  I could always identify someone who had done far worse things and the idea of them needing help seemed much more plausible.  But then I realized I had been drawing the wrong comparison.  The correct comparison is between me and God, not me and other people.  If I assume that God is holy in every way, not just like the best person I’ve ever known, but far, far better, indeed, perfect, I could see that I was not “pretty good” at all.  Far from it.  (Romans 3:23)  And if the goal was to be perfect and holy, I knew I had blown it very early on.  If the deep longing in me was a longing to be with God, all the evidence suggested to me that I could not bridge the gap my wrongdoing had created between God and me.  When I speak to friends now about this gap, I try to help shift the comparisons they make so they are no longer viewing their life in comparison to another person’s life but instead are comparing their life to the standard of a perfect and holy God.

What do you tell people who feel like they don’t know enough yet about what it means to be a Christian?

2 thoughts on “There Are Some Things I Don’t…”